Choosing the right fins for your new CI FishBeard 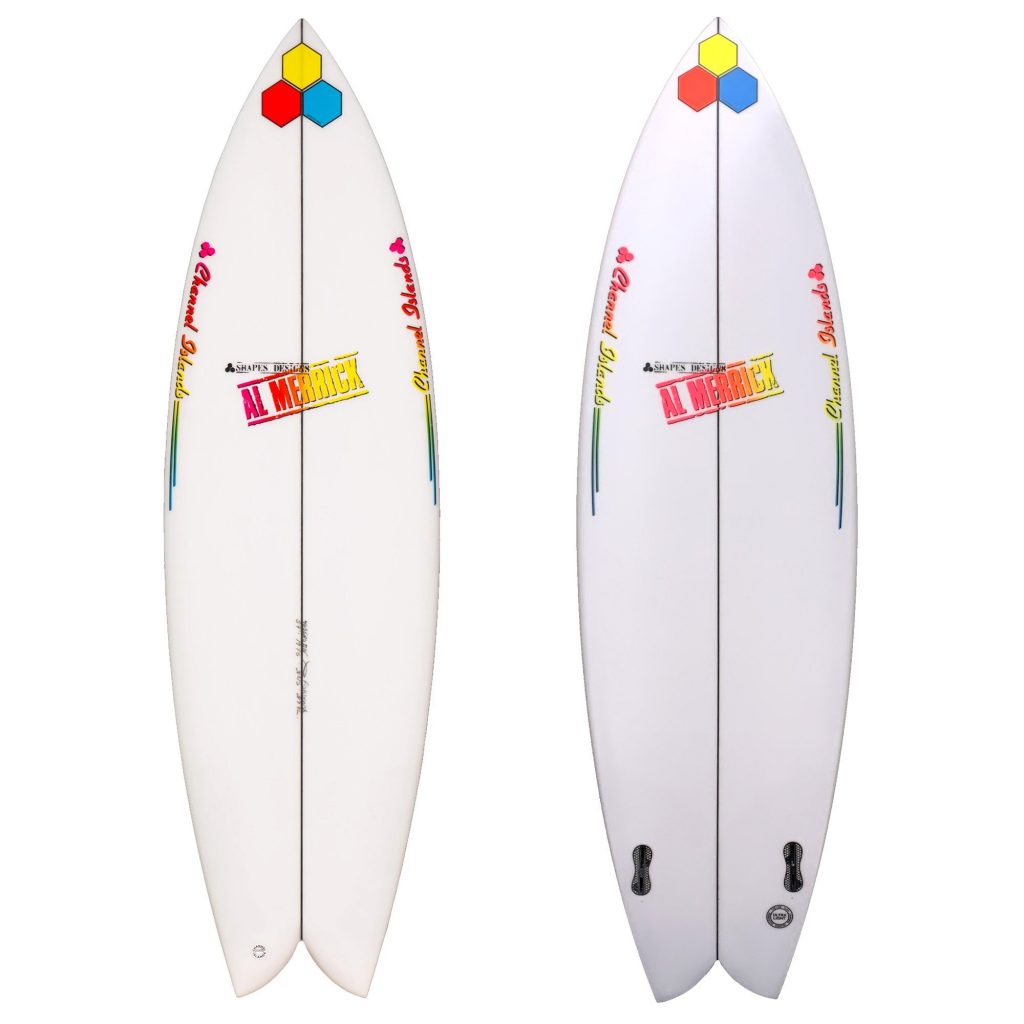 Surfboard fins are an integral design component that will impact how your surfboard will ride. Picking out the best fin for you depends on your size, style of surfing, and your board’s fin system. Afterall, picking out the wrong set of fins for your new surfboard is like having patched tires on a brand-new BMW.  Diving into the subject of surfboard fin design may be an intimidating endeavour, but even a basic knowledge of fin design can make the right decision on fins for your next shred stick. Today we’re going to look into some fin options for the CI FishBeard, a favorite when it comes to small wave surfing.

When looking for a new set of fins, the easiest place to start is with determining what sort of fin system and setup your board has. While the number of fins your board has can have as few as zero fins to typically as many as five, there are two major fin systems: FCS and Futures. Since the FishBeard is available in both systems, we’d like to explore the pros and cons of each system.

FCS fins was established in 1995, when the company brought their original two tab design to the market. In 2013, the company released its new line of FCS II fins, which do not require screws for installation. The ease of use of the FCS II fins have essentially made the original FCS boxes extinct. If you happen to be a big fan of the old system, you can still special order a board with the original FCS boxes. Now you may be asking yourself...what do I do with my old FCS I fins if I buy a board with FCS II boxes? Luckily, FCS I fins can fit in new FCS II boxes with the use of an FCS compatibility kit. Simply place the spacer tab into the front of the fin box and your two tab FCS I fins will fit right into these new boxes.

The other major system for surfboard fins is the single tab Futures fin box. Introduced to the market in 1996, Futures fins offer a more solid bond to the board. While this design can offer less flex than other fin systems, these fins tend to be less likely to break than fins that are joined to the board using two tabs.  That being said, fin setup is a key aspect of surfboard design, regardless of whether you’re using FCS I, FCS II, or Futures fins. In the case of the FishBeard, we’re looking at a two fin, or twin fin, setup. Overall, twin fin surfboards have a looser, skatier feel. This type of board will execute longer, more drawn out turns with a playful feel. Before we share our boardroom experts’ recommendation on both FCS and Futures fins for the FishBeard, it’s important to understand some basic fin design aspects. One aspect is called “cant”, which refers to the tilt of a fin in degrees in relation to a surfboard. For example, a fin with an upright placement has no cant, while canted fins point outward toward the rails of the board. The cant of a fin in part determines how loose a board can feel. In the case of the FishBeard, the guys over at CI decided to have more canted fins in the design than a fish surfboard would typically have. This frees up the FishBeard to be ridden more rail to rail and less laterally than a traditional fish.   Another fundamental aspect of surfboard fin design is the “sweep” or “rake” of a design. Rake, as defined by Futures fins, is the amount of fin behind the shaper’s dot on the bottom of the board, indicating where the fin box should be placed. If an invisible line were to be drawn from this dot straight up, the amount of fin placed behind this line is the fin’s sweep. Surfboard fins with more rake offer a longer turning arc, while fins with less rake produce a tighter turn radius. 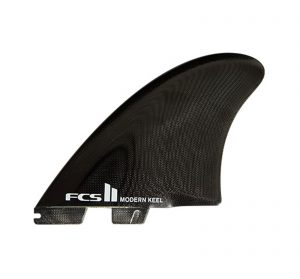 If you decide to go with FCS II boxes for your new FishBeard, our boardroom experts would recommend the FCS II Modern Keel PG twin fins. These fins are made from performance glass, or “PG” for short, meaning that they are machine cut from layers of solid fiberglass. This material makes the fins stiff, offering lots of stability. The FCS II Modern Keel PG twin fins have an upright design, with a lower sweep that helps your board pivot in a tighter turning radius. Between the stiff design and high surface area of this design, these fins can really hold when being laid into on a big turn. As with most twin fins, this set helps to maintain speed on a wave. 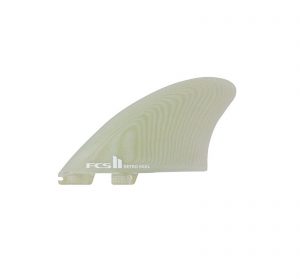 Another great option of FCS II fin to pair with the FishBeard are the Retro Keel PG twin fins. This fin set is designed for fishes with more contemporary, performance based outlines, which the FishBeard would certainly qualify as. The FCS II Retro Keel PG twin fins are a lower area keel compared to the FCS II Modern Keel, which make these fins feel looser by comparison. These fins provide hold in the pocket, helping the FishBeard to be surfed more vertically, which is one of the main aims of the design. An obvious pick for a set of fins for the FishBeard are the fins that were designed with the shape in mind, the Al Merrick Keel (AMK) fins. These fins add control and performance without sacrificing the fluid, cruisey feeling that you get from your favorite fish. Inspired by the traditional keel fin outline, these fins have a more modern rake that allow for long, drawn out turns. The AMK fins are of fiberglass construction, making for a stiff fin. Overally, stiffer fins tend to be more forgiving and predictable, offering stability to surfers of all skill levels. This stiff fin is paired with a flat inside foil, allowing the fin to break free sooner, offering control even when riding a fast shape like the FishBeard.

Another solid Futures fin option for your new FishBeard is the Futures K2 Keel twin fin set. At first glance, you can see that these fins have less surface area than some other fin sets that are built for traditional fishes. The Futures K2 Keel twin fins are built with a more performance-based feel in mind, allowing the fin to break earlier without sacrificing the glide and speed of your favorite keel fin. These fins are made of solid fiberglass, making them a stiffer option. As we mentioned before, stiffer fins typically offer more control even at top speed in heavier conditions.